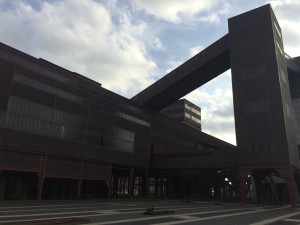 In 1847 the first spade went into the German soil at what we nowadays know as Zollverein. From 1851 till the day before Christmas 1986, the vast industrial complex served as one of Germany’s largest coalmines and coking plant. Thousands of men descended into the dark shafts, some never to surface again. Over their heads buildings were constructed in the famous Bauhaus style. In 2001 the enormous mine was inscribed into the Unesco World Heritage list. Today the most beautiful coal mine of Europe is home to 2 museums: the historical Ruhr Museum and the Red Dot Design Museum. 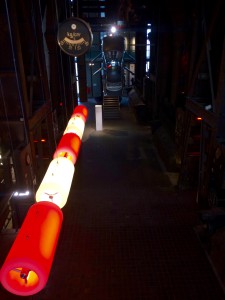 The Zollverein coalmine and coking plant were amongst Germany’s largest industrial complexes. Thousands of miners dug up millions of tons of coal and another 1000 or so workers produced over 8000 tons of coke a day in almost 200 large industrial ovens. After both the mine and the coking plant (Kokerei) shut down, first shaft 12 and later the kokerei were declared industrial monuments by the state of North Rhine=Westphalia. 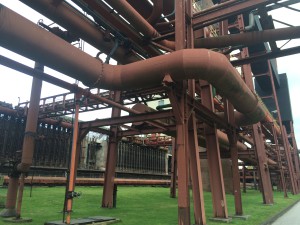 Over the next decades the giant site was conserved and bit by bit turned into one of the most important symbols of the European industrialization era. Cafes and restaurants were opened and the history of the Ruhr region was presented in A14 – one of Zollverein’s largest Bauhaus buildings. Close by and also on the Shaft XII part of the complex the Red Dot Design Museum presents award winning industrial design in a large hall full of old and rusty Jaeger machines. 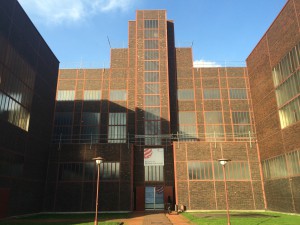 Guided tours help to learn and understand the history of this fascinating place. You can also rent a bike to ride around the vast complex. In summer loads of outdoor activities are organized and lunch or dinner can be enjoyed in straightforward places like the Kokerei and the more upscale Restaurant Casino Zollverein.

Zollverein is an inspiring place for all who are interested in industrial heritage, history of the coalmines, architecture, design and for photographers.

https://waterfallmagazine.com
Having read this I thought it was rather informative.

I appreciate you finding the time and energy to put this article together.
I once again find myself personally spending
a lot of time both reading and commenting. But so what, it was still worth it!