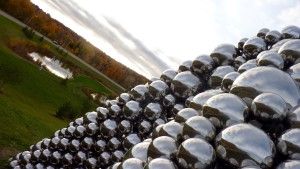 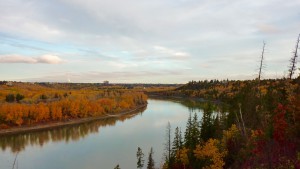 Edmonton, Alberta, Canada a.k.a. YEG is a place over 1 million Edmontonians love to hate. Winters are too cold. The Oilers can’t push a dent in a pack of butter (Dutch proverb) since Gretzky left the team a century ago, winters start after Thanksgiving (which Canadians celebrate on the second Monday in October) and….Calgary. On top of this the crew of KLM, the Royal Dutch Airline that recently started service between Amsterdam to Edmonton, admit they are a bit at lost when spending a few days in between flight in YEG. 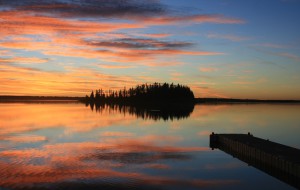 But, as the growing number of Dutch and European visitors boarding the daily direct KLM flight are discovering, Edmonton has far more to love than to hate. Take for example the stunning foliage that put a golden crown on top of the city’s head each September-October. It is one of those magical gifts from nature that in Edmonton you can enjoy while walking, biking or Segwaying along the paths and trails that run through the River Valley, a public park 22 times the size of New York’s Central Park. 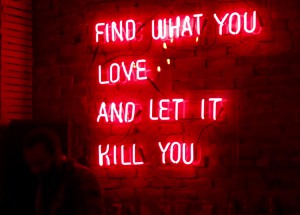 Another place to be set on fire by the foliage is Elk Island National Park. Home of the mother of all Bison herds once again roaming the great North American plains, this is a close-to-Edmonton paradise where sunsets are stunning and star gazing is magic.

On and (Edmont)on it goes regarding the good stuff YEG has to offer. What about the cocktail and food scene in for instance the historical Old Strathcona neighborhood? Here you find for example &27 (www.ampersand27.com), MEAT (www.meatfordinner.com) and El 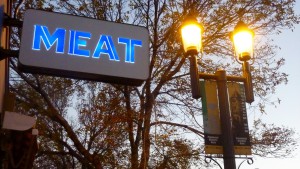 Cortez Mexican Kitchen + Tequila Bar (www.elcortezcantina.com). Working with local ingredients and artists that decorate their walls, it’s here you can enjoy a Caesar, tender BBQ plate or a ceviche you won’t forget. Downtown you can indulge yourself at Corso32 (www.corso32.com – reserve well in advance) or try out the Canadian classic Poutine at one of Edmonton’s foodtrucks like Truck 1879 (for location check: www.twitter.com/truck1879). The foodscene in the northernmost North American city is growing fast and the latest developments in the scene can be checked at this tasty site: www.baconhound.com.

What else is there to do in Edmonton for KLM crew and non-crew members? NHL ice hockey? Check! Segwaying cross the River Valley? Check! The history of both First Nation as well as pioneers? Check! An insane shopping mall including a beach, pirate ship, sea lions, penguins, a crazy rollercoaster, zombies and…shops? Check! A Neon Signs museum? Check! The best chocolate in Alberta? Check! A street full of boutiques and restaurants? Check! A theater festival that’s starting to claim world fame? Check! Public Art? Edmontonian: ‘You mean those silver shiny balls?!’ Check! 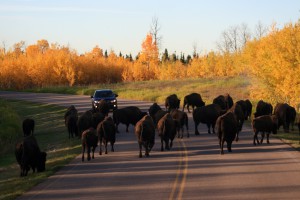 So, where to stay when visiting the – oops almost forgot – Gateway to the Rockies? There are two very good choices, both offered by the same local hotel ‘chain’:

The Metterra in Old Strathcona, ‘a luxury boutique hotel that combines the simplicity of contemporary custom-designed furnishings with an eclectic collection of global artifacts and art located on Whyte Avenue in Edmonton’s coolest neighborhood amongst bistros, cocktail bars and boutiques.’

The Matrix Hotel in downtown YEG, ‘combining the sleek sophistication of custom-designed furnishings with the simplistic beauty of natural materials to produce an environment that is both elegant and serene. The Matrix surroundings highlights the urban lifestyle of the city center and offers a complementary executive breakfast buffet, parking, Wi-Fi and evening wine and cheese tasting.’

Breakfast at the Matrix is quite a treat and – like in the Metterra – rooms are spacious and – the Matrix being a high-rise – offer nice city views.

So, when visiting Edmonton for (oil) business or the pleasure of going to Jasper and the Rockies, book at least 1 more night to get acquainted with this wonderful city. Oh and in case you drive south to Calgary and they ask what you like best about their city, feel free to answer ‘Edmonton!’

I’m saddened that you ran into so many salty Edmontonians, but glad to hear you still found some of the great treasures of our city. Thanks for visiting, and here’s hoping you get to enjoy a few more stays here. Try to swing another stop over in July or August. The summer is beautiful, and you can find yourself in spots in the river valley that’ll make you forget you’re in a major metropolitan city.