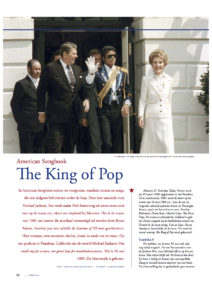 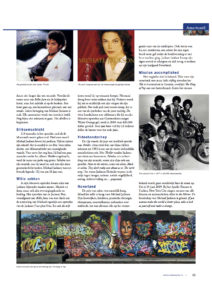 One legendary evening in March 1983. Motown has been around for 25 years and that calls for a party. After having performed with the Jackson Five, Michael takes to the stage and start singing Billy Jean. About halfway into the song, the audience gasps. Jackson seems to float an inch above the stage, sliding backwards through the air. The show is broadcasted 2 months later on May 16, 1983. The next morning everybody talks about Jackson and the Moonwalk. An instant legend is born. The King of Pop will never die….click here for the full article published in America Magazine issue #2 – summer 2017