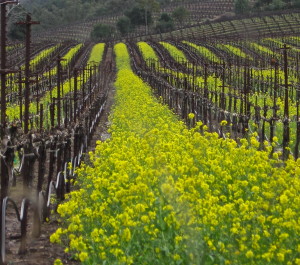 “The grapes on a score of rolling hills are red with autumn flame. Across Sonoma Mountains wisps of sea fog are stealing. The afternoon sun smolders in a drowsy sky. I have everything to make me glad I am alive. I am filled with dreams and mysteries. I am all sun and air and sparkle. I am vitalized, organic.”

For Jack London there was no better place than earth. The best place of it all being his estate in Glen Ellen, California. Here Jack London’s words flow like a river through the green, lush hills. Here you breath the fascinating life of this great American author. Here you stand in the middle of ‘The Valley of the Moon’. 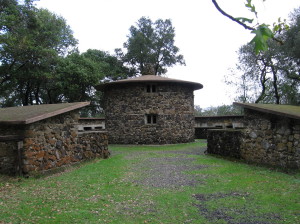 Like Hemmingway, Jack London was writer and bohemian. A fisherman who lived on the streets and sailed the seven seas before he took up the pen and became the great American writer who still moves thousands to this day.

London not only lost his heart to the magic of words and his beloved wife Charmain. Being a ’13 in a dozen’ kind of man, he also turned to organic farming. The fruits of which can still be seen at his beloved estate in Glen Ellen in Sonoma Valley.

Sonoma Valley, like neighboring Russian River, is a wonderful wine county. Still a lot more authentic than Napa with less chance of being run over by a limo in front of yet another fake chateau. With the town of Sonoma being intimate and the hamlet of Glen Ellen being even more intimate, you’ll immediately feel at home here. Just like Jack London at the start of the 20th century. 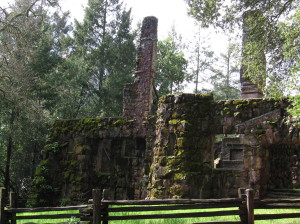 In 1905 Jack and his wife Charmain bought their Glen Ellen ranch. The idea was to not only live and write here, but turn it into an organic, innovative farm as well. His pigs for example resided in the ‘Pig Palace’, a barn he built in such a way that the cages faced one another. London was convinced that when a pig could look another pig in the eye, it would be a happy pig. Much to the delight of the old-timers around London’s ranch, most of his attempts at ‘farming 2.0’ failed.

Besides writing and implementing his agricultural ideas, London and his wife also planned the construction of what they called their castle, but became known as The Wolf House. The foundation of this house also rested on London’s revolutionary ideas. Unfortunately, this project failed as well after three years of building, in August 1913 the almost finished house burned to the ground. London died a few years later, still trying to rebuild the Wolf House. The haunted ruins outliving him till today.

Embraced by mighty redwoods, you can still feel the charm of the writer’s words and ideas. Especially when you set foot on the small uphill path just behind the House of Happy Walls that leads to the graves of London and his wife.